The Capital Expenditure of FGNs 2017 Budget

At the highly anticipated presentation of the 2017 Budget in Abuja, President Buhari reiterated his government’s resolve to put a stop to the import dependent nature of the Nigerian economy by pursuing initiatives to make it an export driven one, taking measures to address Nigeria’s infrastructural deficit and also diversify the economy away from the Oil sector to Agriculture, Manufacturing, Solid minerals and services

The president whilst reading the 2017 budget highlighted the following propositions for 2017’s Capital expenditure among others; Worthy of mentioning are some key initiatives proposed to combat the inefficiencies and also draw attention to needs in critical infrastructure;

Observation has shown overtime that the major challenge with Budgets and National Planning in Nigeria is implementation (this is not underplaying the role of Corruption), it is however hoped that the 2017 Budget will be spared from this especially seeing as it is a deficit budget with a gap of N2.3 trillion. 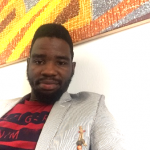 SEO Rockstar and a perpetual scholar of the HubSpot Academy. Degree in Economics and two years experience providing Procurement support to clients in the Oil and Gas industry in Nigeria. Formula1 addict and Lewis Hamilton's Biggest fan boy in Nigeria